(R)evolution: the changing face of the Cloud

Businesses, emerging in a post-pandemic world, are the first witnesses of a greatly changed landscape. The Cloud, as it became known during the past decade, represented a modern version of an old concept; its roots can be traced back to the very beginning of electronic computers, mainframes. However, the changing face of modern industry practices are presenting new challenges which can only be met by the evolution of the Cloud into something better suited to tackle them.

The transformation of the Cloud is already well underway. The Cloud itself, even though it is being described using a single word, cannot be seen as a single technology; in reality, the “Cloud” comprises many different technologies, all of which are evolving and adapting. The Cloud, in turn, is a succession of wavefronts formed by the many converging waves of versions of component technologies. Each new wavefront could be seen as a new version of the Cloud; IBM has already identified and numbered the first four Cloud versions, the first two of which we are already familiar with, while the latter two are entirely different propositions and do away with conventional operational paradigms.

Cloud v1 is being described as the idea that data center functionality can be purchased through an “As A Service” model, with the actual cost based on the utilization of said service. Cloud v2 refers to the ability to purchase cloud services from hyperscale cloud providers with a simple transaction. The next wave, always according to IBM, will be Cloud v3, which marks the shift to the cloud-as-the-default modus operandi for businesses, as well as the inclusion of networking, application, and compute infrastructures within it.

However, the Cloud in whatever version is not the be-all and end-all of the digital transformation. Indeed, a new concept has arisen from the turmoil of the pandemic, one which reflects the hybridization of operations: the hybrid cloud, combined with the multicloud, is the new “thing” in corporate IT centers. The combination of multiple external cloud service providers with privately owned on-premises infrastructure is now regarded as the best way forward, taking advantage of the benefits of both worlds whilst, at the same time, mitigating the limitations and downsides of both.  Info Quest Technologies is in a unique position to offer a wide range of cloud solutions and services, providing the exact unique blend that will be the perfect match for each of the clients’ needs. Contact us through sales-info@info.quest.gr  to discuss your own cloud requirements. 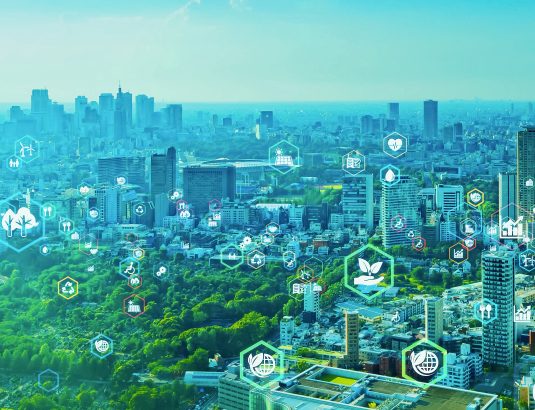 The big push towards 1.5°C and how to get there

Do you know about the 1.5°C above pre-industrial temperatures ambition?...